I started my blog The Wandering Quinn 4 and a half years ago while travelling around South East Asia. At that stage blogging was definitely just a hobby and it continued to be for the next 2 years whilst I was travelling, but when I moved to London 2 and a half years ago I slowly started realising that the people I was following on social media who claimed to be ‘travel bloggers’ (something I had not yet dubbed myself), were actually making money through blogging and travelling around the world.

Let me break it down for you a bit more though.

This mindset transition was a game changer as you can probably imagine, and a year on I have recently quit my job to travel and blog full time.

Up until 18 months ago I had been on a few press trips for free, been sent a few products for free and in that time I had only made about £150.00 from my blog and social media, ever.

I knew I wanted this though and I was slowly realising how full time bloggers were making money, or how I assumed they were making money. So I started reaching out to tourism boards about trips and generally putting myself out there, I’ve always been a believer that if you don’t ask, you don’t get, and what’s the worse that can happen over email anyway?

That’s when I started to get a few exciting emails in my inbox and over the course of a few months last year I had emails for press trips, an event and a few sponsored posts, all of which were paid and added up to about £2500.00. This is when I really realised that money can be made from blogging, and just how much.

Ultimately, it was the money that changed my mindset from ‘I would like to be a full time blogger’ to ‘I could be a full time blogger’ a long with the fact that although I was enjoying my life in London I had the itchy feet of someone who was used to moving around every few months and although I was doing a lot of weekend trips to Europe (mostly press trips at this time), I wanted to travel again full time and be completely free. 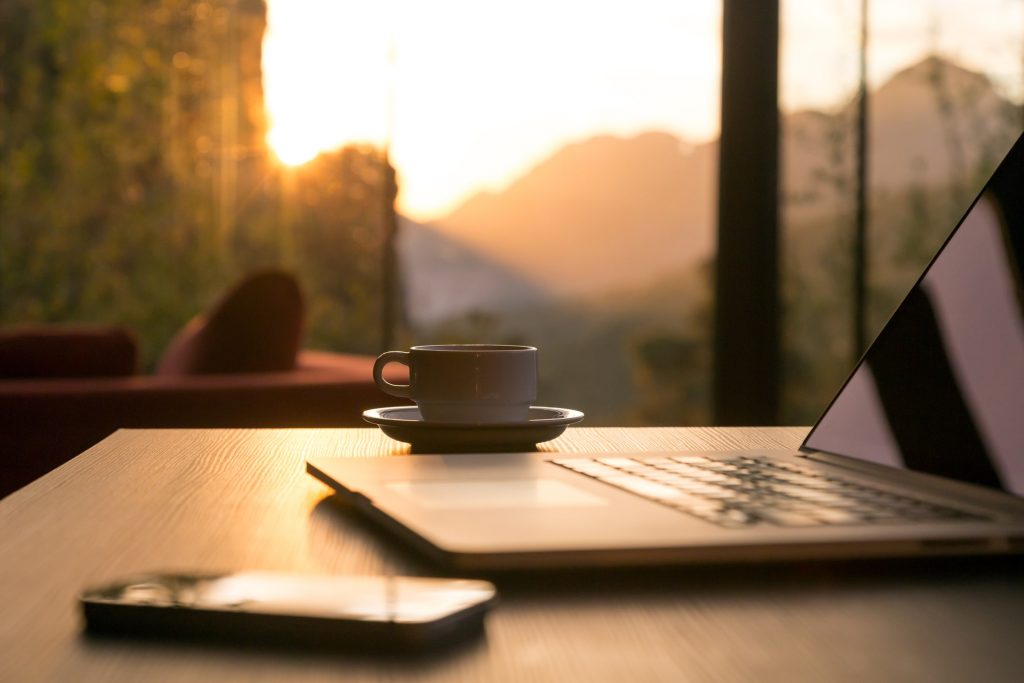 I can’t quite pinpoint the exact day my mindset changed, it was over a period of time, however as much as I was desperate to leave London and go travelling asap, especially as Winter approached, I set the intention that I would spend the next year or so working really hard on my blog so that I was in an even better position to leave my job next year to travel and blog full time, and make money through it.

The short story is that I pretty much became a recluse over Winter, if I wasn’t travelling on the weekend, I was in my flat working 6-8 hours a day on my blog, I was getting up an hour early to do work before going into work, my hour lunch break turned into having at least 30 minutes pinning as many Pinterest pins as I could, my commutes were spent on social media, and I more than likely did some editing when I got home too. I was putting as much time into my blog as possible, and it did pay off. My page views quadrupled, I went on lots more press trips and although I wasn’t making as much money as I had the Summer before in that short period, I was still making a few hundred here and there.

Back to the money, because it really is all about the money.

I came out of Winter still desperate to leave my job and leave London but like I said, I wasn’t actually making that much money from my blog. I could have let this stop me, but I didn’t, and that’s why I wanted to write this post, because I think there is the perception that if you do anything ‘full time’ as a job, you must be making a full time wage from it, but the likelihood is, whether it’s blogging or starting a startup company, there will be a transition period where you won’t make as much money as the corporate job you’ve been in for 1,3 or 5 years.

Plus, I felt like I was at maximum capacity, I didn’t have anymore time in my days and weeks (without giving up sleep, something I wasn’t prepared to do) to do anymore. Sure, I could work out how to work smarter and I was trying but I knew to take this to the next level I had to give it my all, and all of my time.

With that being said, taking a leap of faith is motivational advice and what a lot of people will tell you to do but I was still practical about it, because that’s the kind of person I really am.

Know How To Save

If you read anything online about leaving your job the recommendation is have enough savings to last you a few months and I had made sure that all of the money I had earned though my blog had gone straight into savings and I had been saving my wages too. A travel addict needs to know how to save and luckily I had mastered that a fair few years ago.

Plus, for me, the fact that I was transitioning to full time blogging via full time travel was the biggest practicality and this is what really made me quit my job with no hesitation. 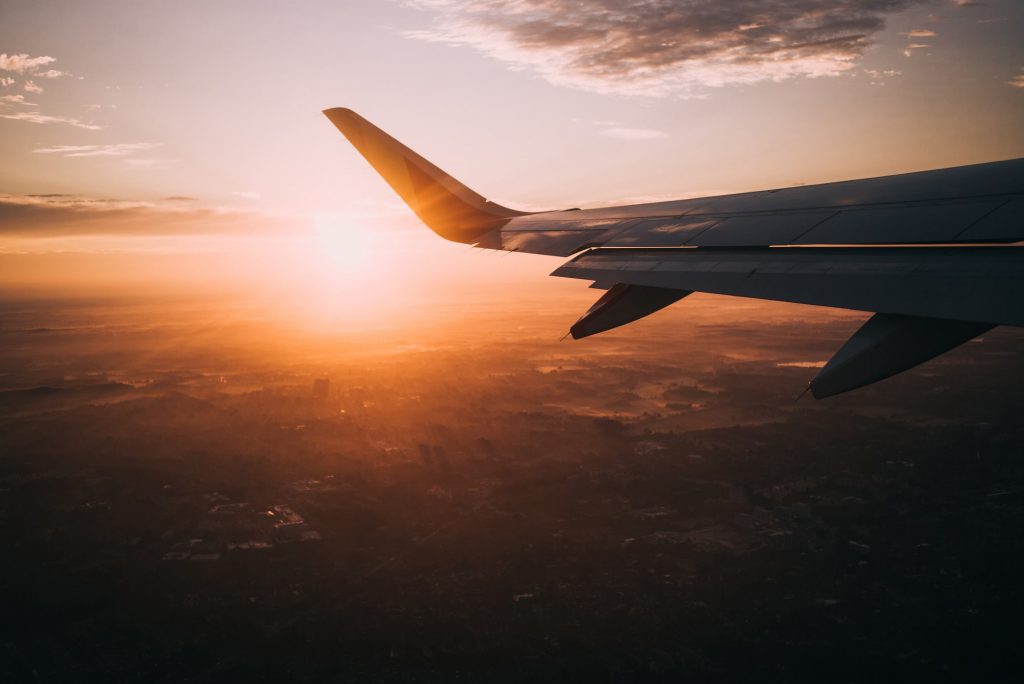 In my mind and out loud I’ve said ‘I can’t really fail, because if I realise after a few months or even after a year or two that I’m not making enough money, or perhaps I don’t even like blogging full time, at least in that time I will have travelled to some places that are on my list and had some amazing experiences. If I spend the savings I’ve allocated to travel, that’s ok, because that’s exactly what I have always done pre-blogging and what I would do if I didn’t have my blog’.

“I’d rather spend £1000.00 a month travelling a new country than spending it on living costs in London.”

My overheads in London were fairly high- £750.00 for rent and transport alone, and in all honestly I wouldn’t have felt as carefree about leaving my job had I decided to base myself in London, travel and come back constantly, because although that’s what the few months of recommended savings are for, I’d rather spend £1000.00 a month travelling a new country than spending it on living costs in London.

The additional transition I had and something I would really recommend to other people doing this transition is going from full time work to part time work. The opportunity for me was given by my employer, it wasn’t something I had asked for or considered but when offered it I knew I’d be silly to refuse it. Working for just 7 weeks, 2 days a week in my office job really helped me not only not worry about money, but helped me stay in a routine and didn’t make me feel like I had dropped myself in the deep end.

Realistically had I planned to base myself in London instead of going travelling full time, getting a part time job for 2-3 days a week for a few months or maybe even a year is what would have worked best for me and fully helped with the transition and high living costs.

My overall point and the takeaway from this post is that in my opinion, if you want to make blogging your full time job, don’t think you have to be making the same amount of money as you are in your full time job before leaving. Money is not spoken about very much in the world of blogging which makes it really hard to know realistically how much can be made and how much other people make, but if the money is holding you back, and time is holding you back from making enough money, you have to take the leap to free up your time in order to make enough money.

Ellie Quinn runs the Travel & Wellness Blog ‘The Wandering Quinn’. She has been a travel addict since 2010 when she went to work in the USA and since then she hasn’t stopped. She started her blog in 2014 before going to South East Asia after living in Australia for 2 years. Although it started as a hobby, after living in London for 2.5 years, working hard on her blog she left her full time job and flat in London in the Summer of 2018 to travel and blog full time.