Rich McCor, the man behind the Instagram Paperboyo, is responsible for transforming some of the world’s most iconic landmarks using intricate designs cut out of paper. Have a scroll through his photos and you will see innovative works of art bringing the surroundings to life. Rich has recently produced a book of his images titled ‘Around the World in Cut-Outs.’

Here we catch up with him about starting the hugely successful Paperboyo, his highlights from the last 12 months and his thoughts on the direction that Instagram is heading in…

Tell us a little bit about how Paperboyo became a success, the ups and downs.

It came about by wanting to do something different to what everyone else was doing on Instagram. I joined the platform a bit later than my peers, so by the time I joined I could spot the trends. My background in paper craft inspired my approach to combine photography and paper to create new scenes; I began by sketching London landmarks on white card, travelling into the city and then taking photos of the sketched landmarks nestled in their real locations. That was fun but I’d seen people do it before, so I kept playing with ideas and decided that changing the colour of the card and using the card to embellish or transform the landmark would be more eye-catching. So then I began looking at landmarks in London in a totally different way and that’s when my Instagram account started to get attention. 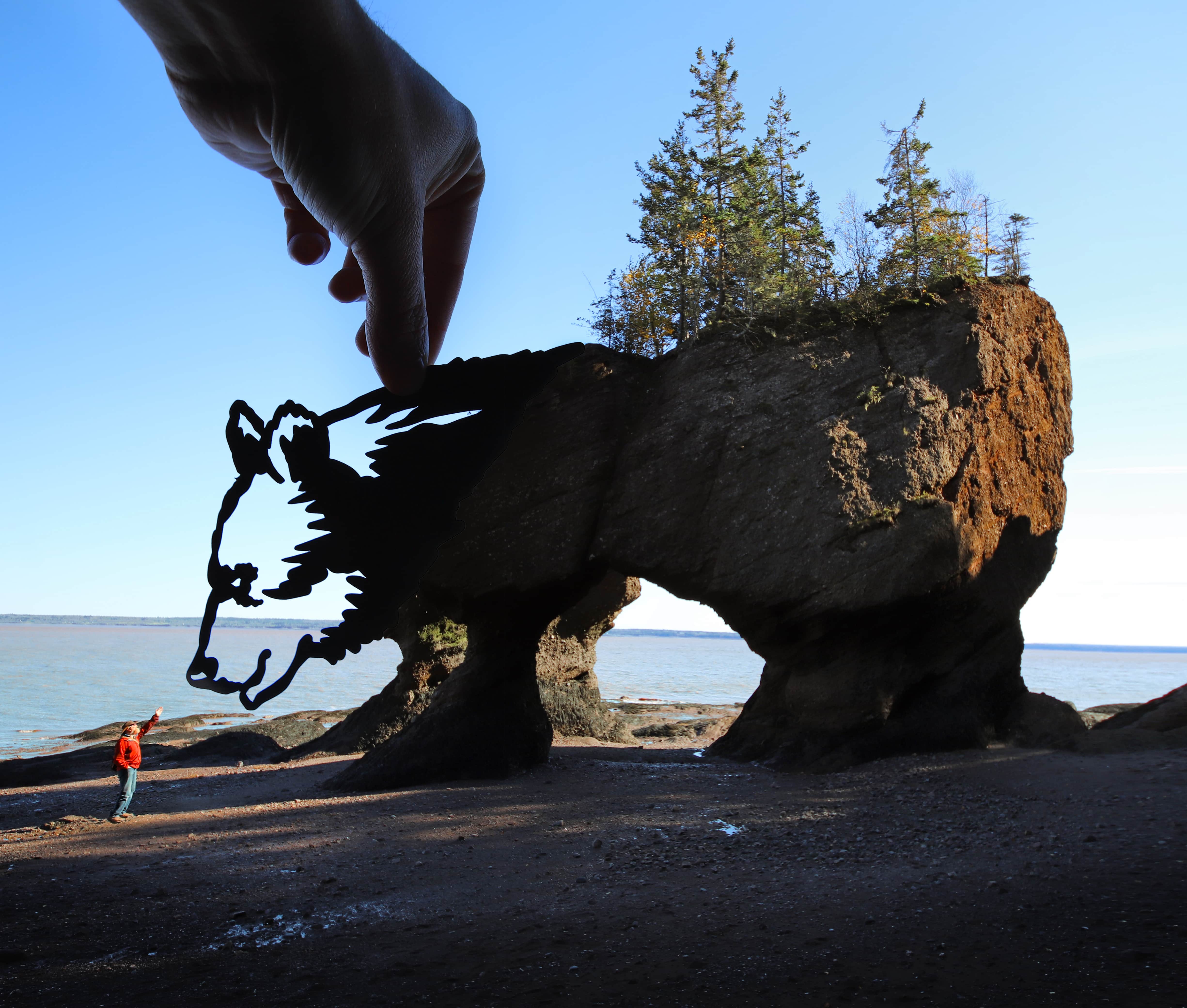 If you could start again what one thing would you do differently?

For a while I purposefully avoided meet-ups with photographers or insta-meets because I felt a bit of a fraud, like I wasn’t a proper photographer. I was also worried that walking into a room of content creators would descend into conversations about how many followers each other had. I’m happy to say when I finally did start doing those sort of meet-ups that it was nothing like that at all. I’ve found so much support, advice and friendships through meeting content creators. I wish I had done them from the start.

We know at Traverse how important sharpening exist skills and gaining new ones are for getting to where you want to be. Did you have to learn new skills or improve existing ones to grow?

When I scroll down to my early posts I can’t believe I posted some of them- they are such poor quality and I can see editing errors but they remind me how much I’ve learnt and improved over the last few years. Wanting to learn and improve is crucial to being a content creator, especially now it’s such a crowded forum and we all need to work hard to stand out. Speaking specifically about photography though, the deeper you go into it the more you realise how vast the spectrum of what’s possible with it is and that makes it both exciting and daunting. Without meeting other photographers, following creative accounts and being willing to learn then I don’t think I’d be where I’m at. 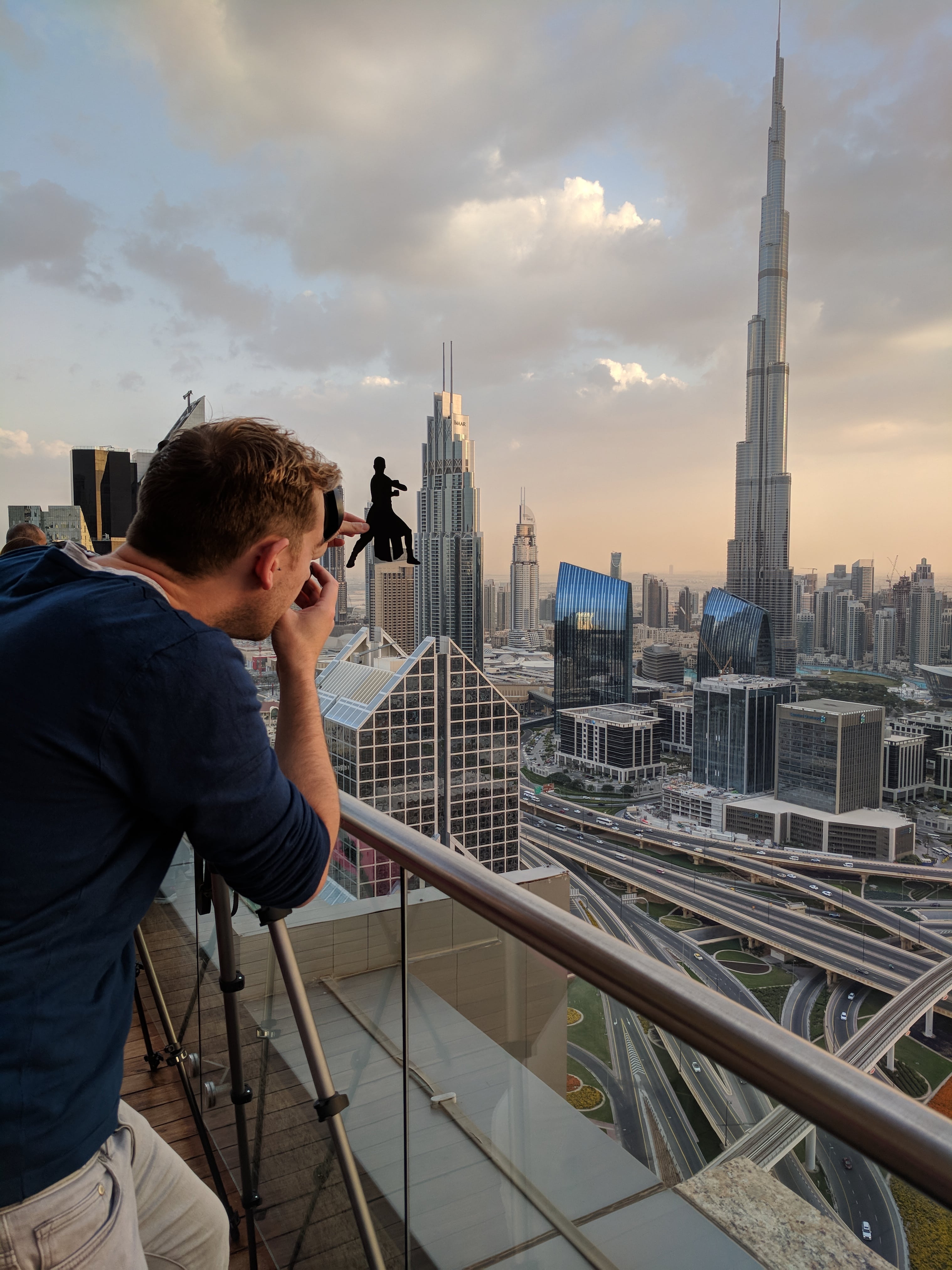 How has the last 12 month been in terms or travels and opportunities? What was the highlight?

This year I did six weeks in New Zealand which allowed me to ‘travel slowly’, something I’m trying to do more of. Doing what I do opens a lot of great opportunities around the world, but sometimes they can end up being crammed in so having the chance to take my time with a beautiful country was a real pleasure. A highlight from that particular trip was exploring Whakaari (Or White Island), an active volcano off the east coast of the north island. We had to wear gas masks because of the sulphur which can cause breathing difficulties, but equally the sulphur was the reason why it was such an exciting area to explore because of it’s affect on the landscape. 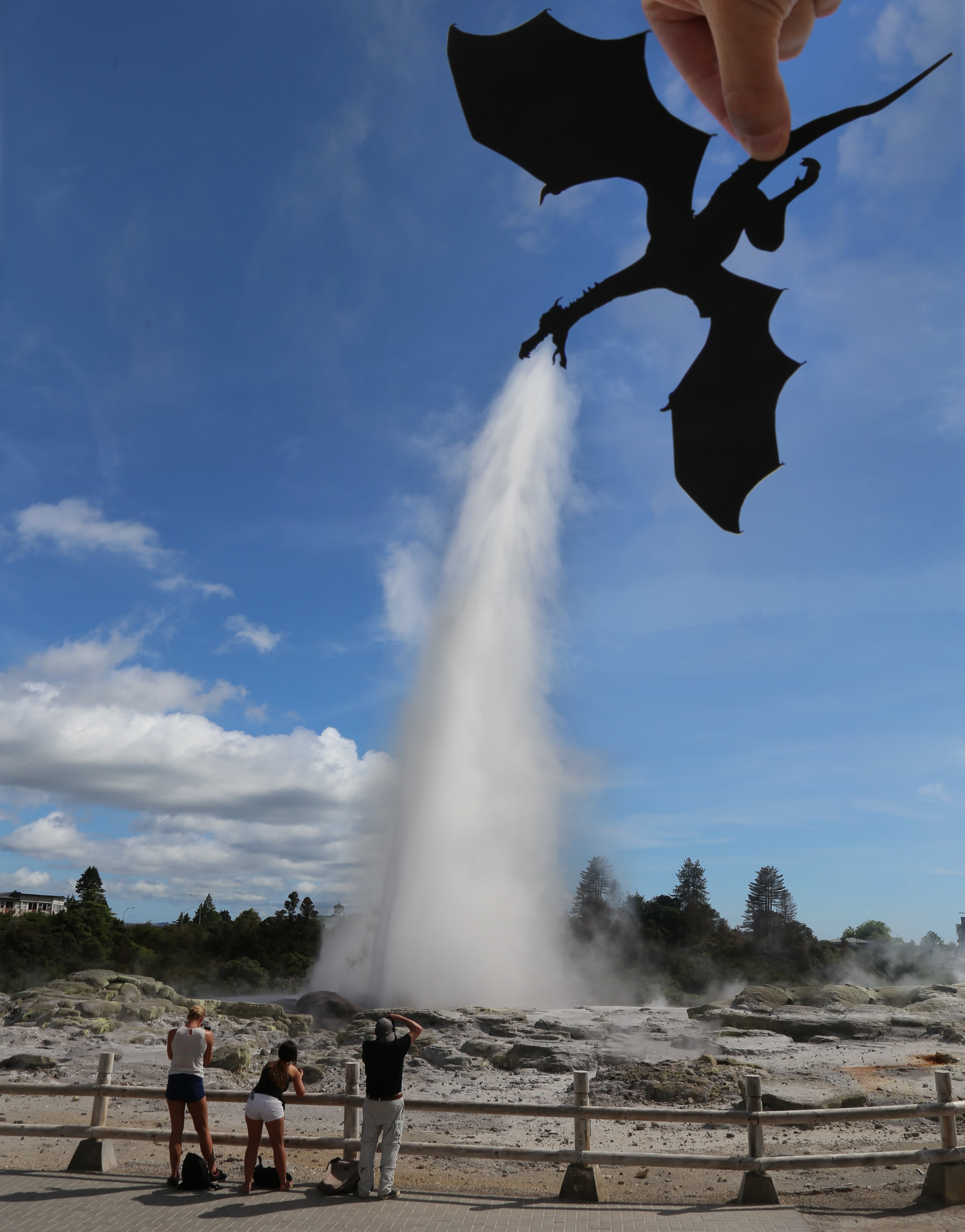 You do a lot of brand collaborations how do you approach it or think about it differently in a creative sense compare to a non branded piece of work?

I tend to put more effort into brand collaborations because I want them to go down well with my audience rather than be endured by my audience. For me the more creative/clever a piece is, the more successful it’s likely to be and ultimately the goal of my account is to induce a smile. I am getting better at saying no to brand collaborations that don’t suit my style, something which is hard to do when you’re starting out but it get’s easier once you’re able to attract the sort of brands that align with your style.

You’ve been a full time creator for a while now, any tips for anyone looking to take that leap?

If it feels like a leap I’d be inclined to say don’t do it just yet. I was fortunate in my experience in that it felt more like a gentle slide into the world of full-time content creating. Going back to the point I made earlier, if you’re being approached by brands to do paid work then it’s tempting to make you want to go full time but unless those brands suit your style then it could harm your own brand, especially if you’re relying on it as your sole income. It’s such a personal thing, so I’m not preaching but I have seen some accounts with great potential be ruined by some mis-judged sponsored content. I’m also very aware that Instagram’s future depends on people like me (content creators) not abusing the platform by filling it with lazy sponsored posts.

What the most amazing opportunity or experience you’ve had with Paperboyo?

I’ve had some amazing experiences over the last few years, to the extent I downplay it whenever I phone home to catch-up with my parents because I could pretty much hear them roll their eyes at me as I told them what I’d been up to. In all honestly though the best experiences, and maybe this gives an insight into my ego, are the ones when I’m taking one of my photos in a city the otherside of the world and someone comes up to me as I’m holding a cut-out up and asks “Are you Paperboyo?”. I just think it’s amazing that my photography has reached so many people and I’ll always be grateful for that. It’s also a treat to hear a real person say they like what you do rather than just see a red heart on the Instagram post. 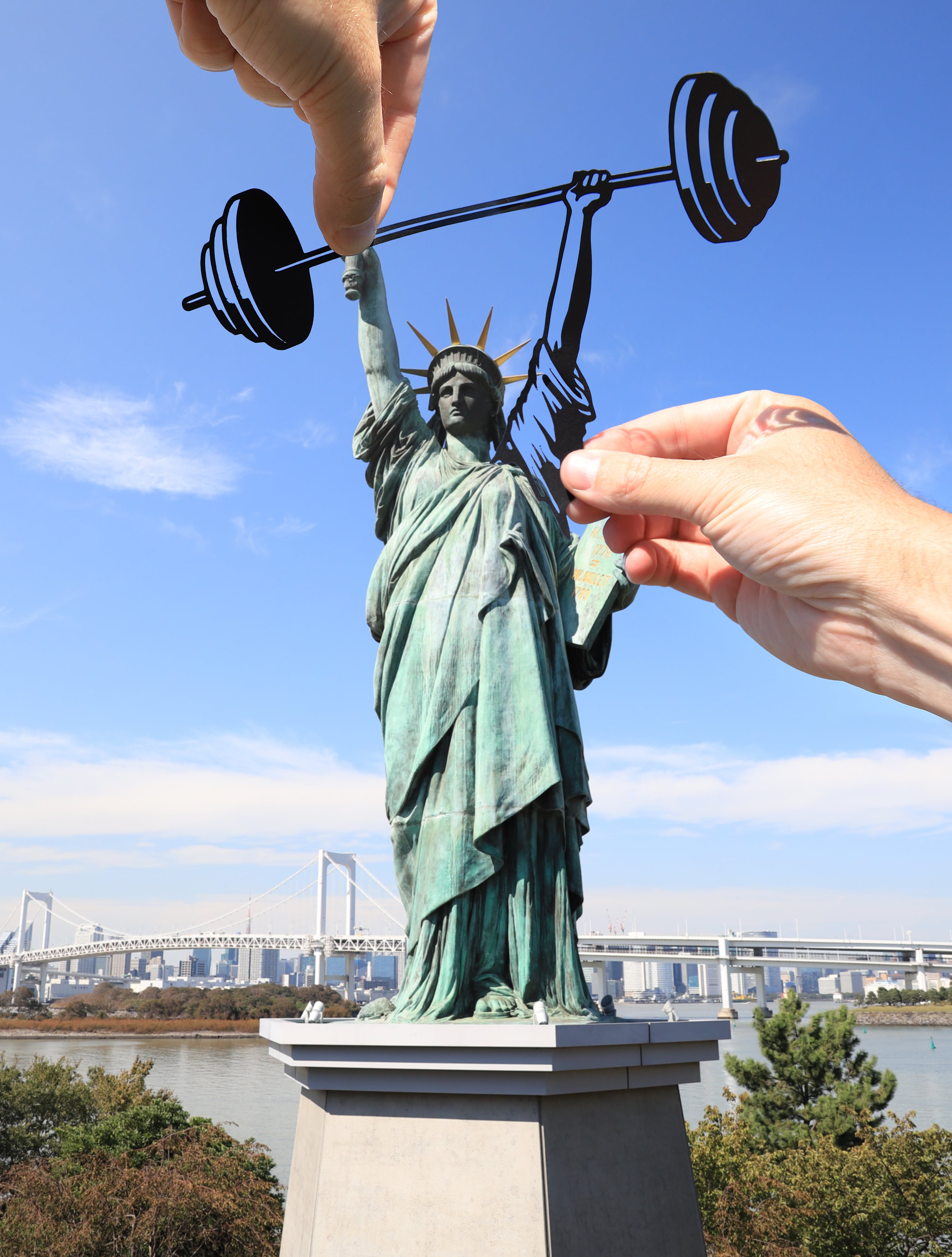 I saw your book at a friends house the other day (another blogger), do you have any plans for a follow up?

I really enjoyed being able to put my images into a tangible book, it definitely opened up my work to a new audience as well as providing me with a chance to reflect upon all the places I’d been. Whenever I get downtime my mind does turn to what I would do for a second book and I keep thinking about an interactive children’s book with origami, cutouts, pop-ups etc. So I’m going to keep thinking about that and hopefully in 2019 I’ll make some progress with that idea.

What are your thoughts on Instagram, the changes and where it’s going in the future?

I also have concerns, especially now more money is being spent on influencer marketing, about whether brands are going to want to be able to measure their ROI more effectively and what pressures that will put on content creators. I think we will see an increase in links, swipe-ups, ‘click to buy’ buttons and brands contractually asking to see the stats after a campaign. In some ways this would be a good way of showing up people with fake followings, but in other ways it puts real pressure on creators to also become salespeople.

More generally though I think IGTV will see more investment because it’s not done as well as some had hoped and it’ll be interesting to see how Adam Mosseri will tackle this. I think we’re also going to see a massive improvement in the DM side of things because I’ve noticed that I’m using Instagram as a messaging platform almost as much as Whatsapp and I know I’m not the only one. I still think there’s plenty of exciting things to be done with Instagram and I think brands and becoming better with collaborating with content creators so I’m optimistic, but I’m sure they’ll be plenty to moan about too. 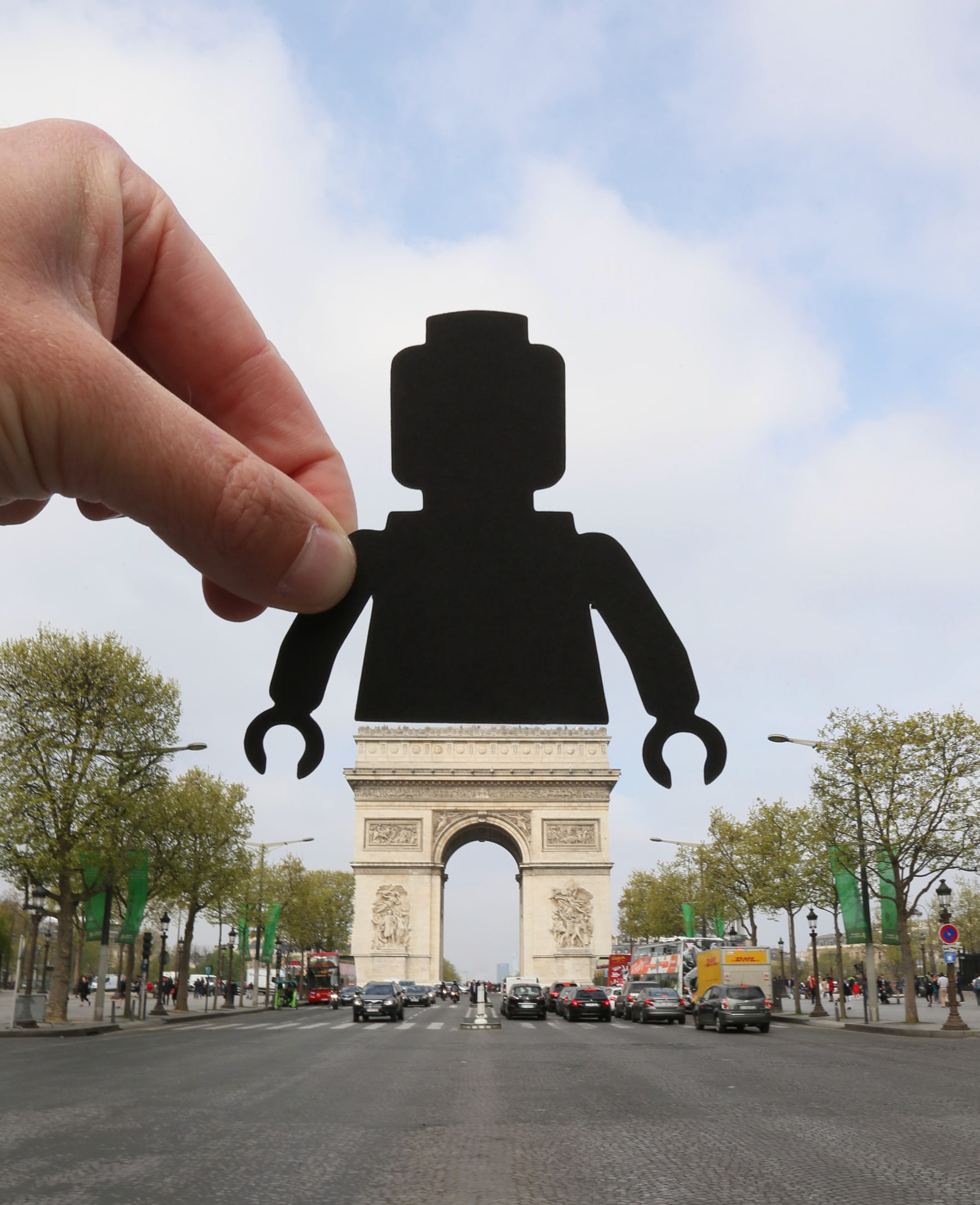 Previous Where to find Traverse at World Travel Market
Next How bad really is social media for young people?

10 Reasons To Get Excited For Traverse 19 in Trentino

How bad really is social media for young people?

Why travel is good for you