At Traverse 19 we hosted our first ever Traverse Creator Awards. The inaugural ceremony was a great success, held in the beautiful venue MART.

We had over over 500 entries for these awards and we saw many incredible entries. These awards were extra special to us as they involved no public voting and were skill specific. So often, awards are about how many votes you can get, becoming a popularity contest rather than an actual recognition of hard work and talent. We gathered a group of creators, experts and those who work on a daily basis with creators to form the judging panel. So without further ado, here are all the winners and the winning entries for the first ever Traverse Creator Awards.

An interesting and thoughtful exploration of varied women from around the world, highlighting that ‘inspirational women’ in the sense of travel doesn’t always mean the women posing and posting on Instagram, but that there are many iterations of achievement. This piece showcases nine different women and their stories in one parent page, featuring women from Romania, Yemen, USA, Japan, UAE, Tunisia, Kenya, and more. 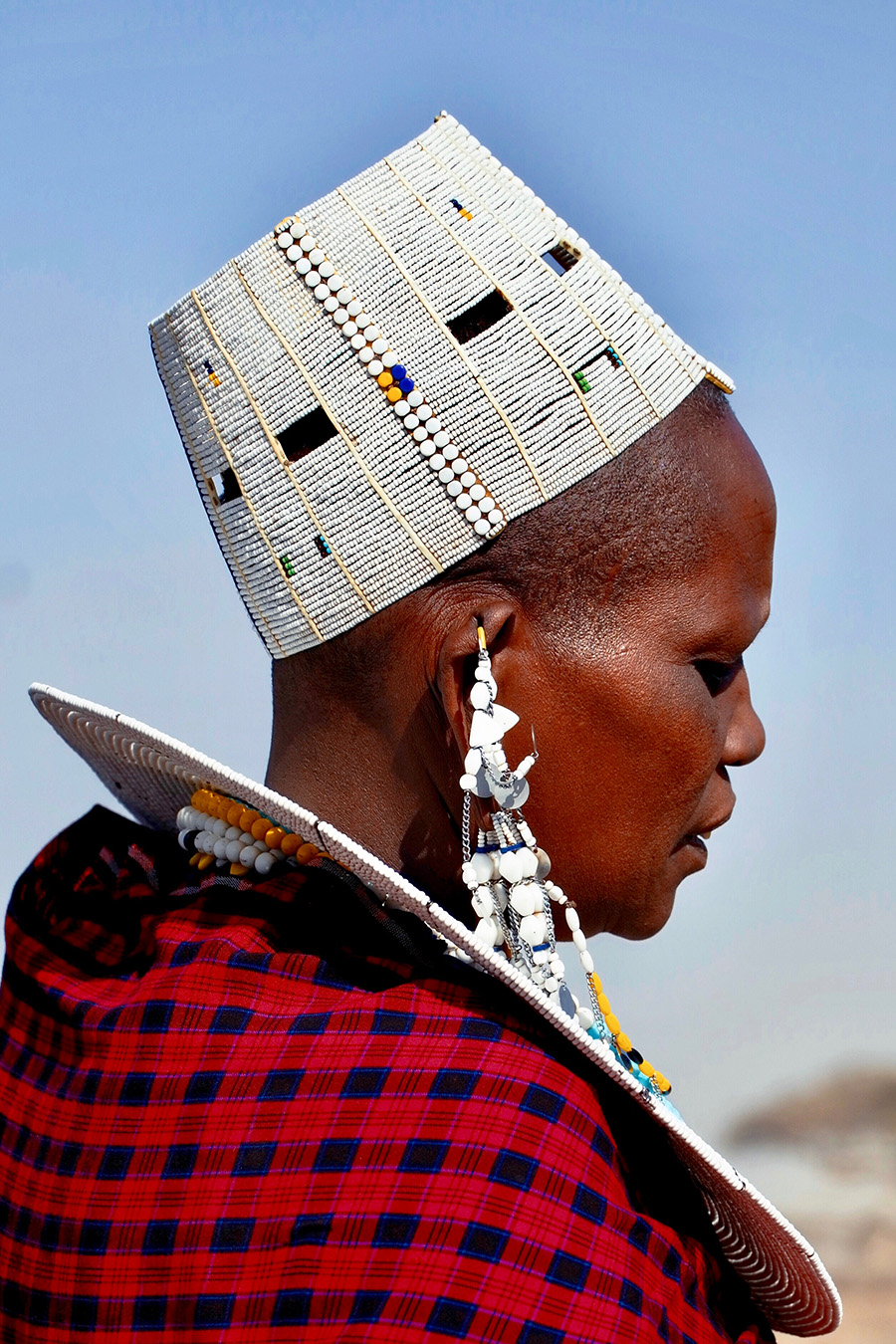 Check out the stunning winning entries from Dan:

A Photo Tour Through the Cultural Heart of Germany: Thuringia and Saxony 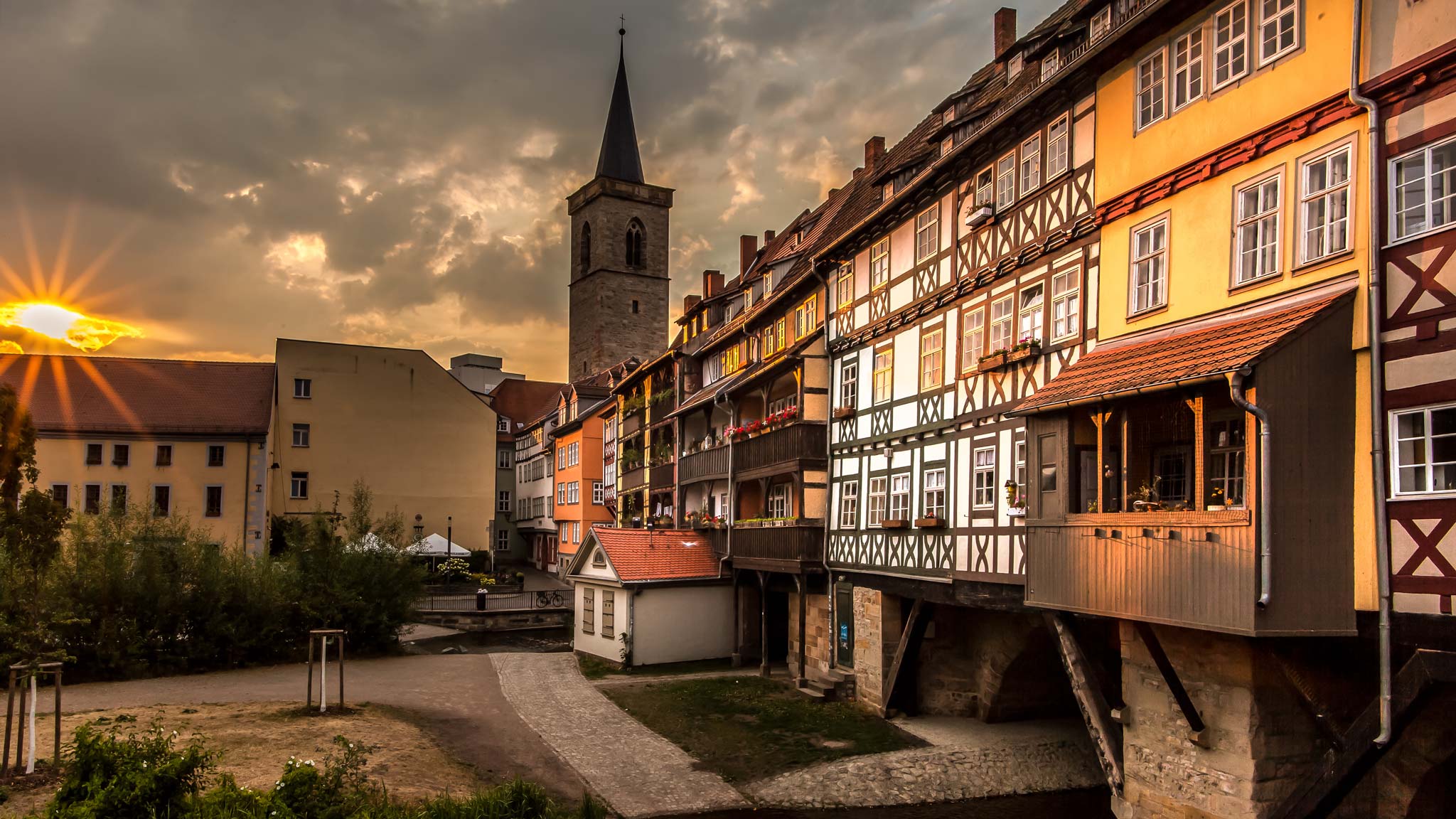 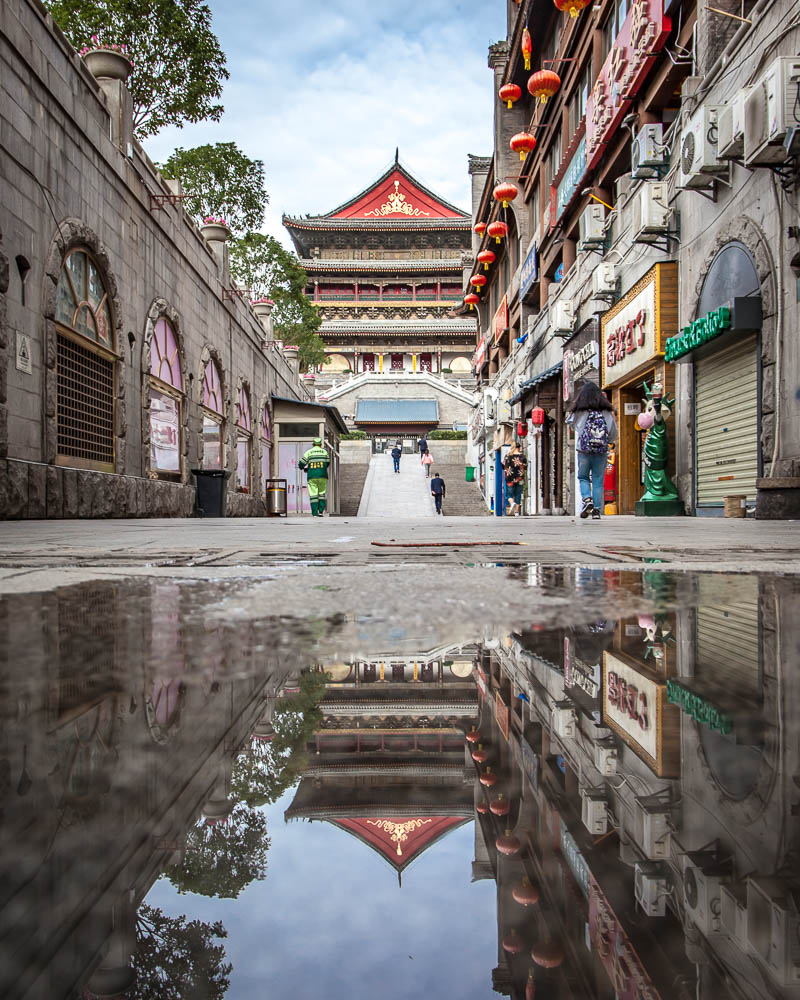 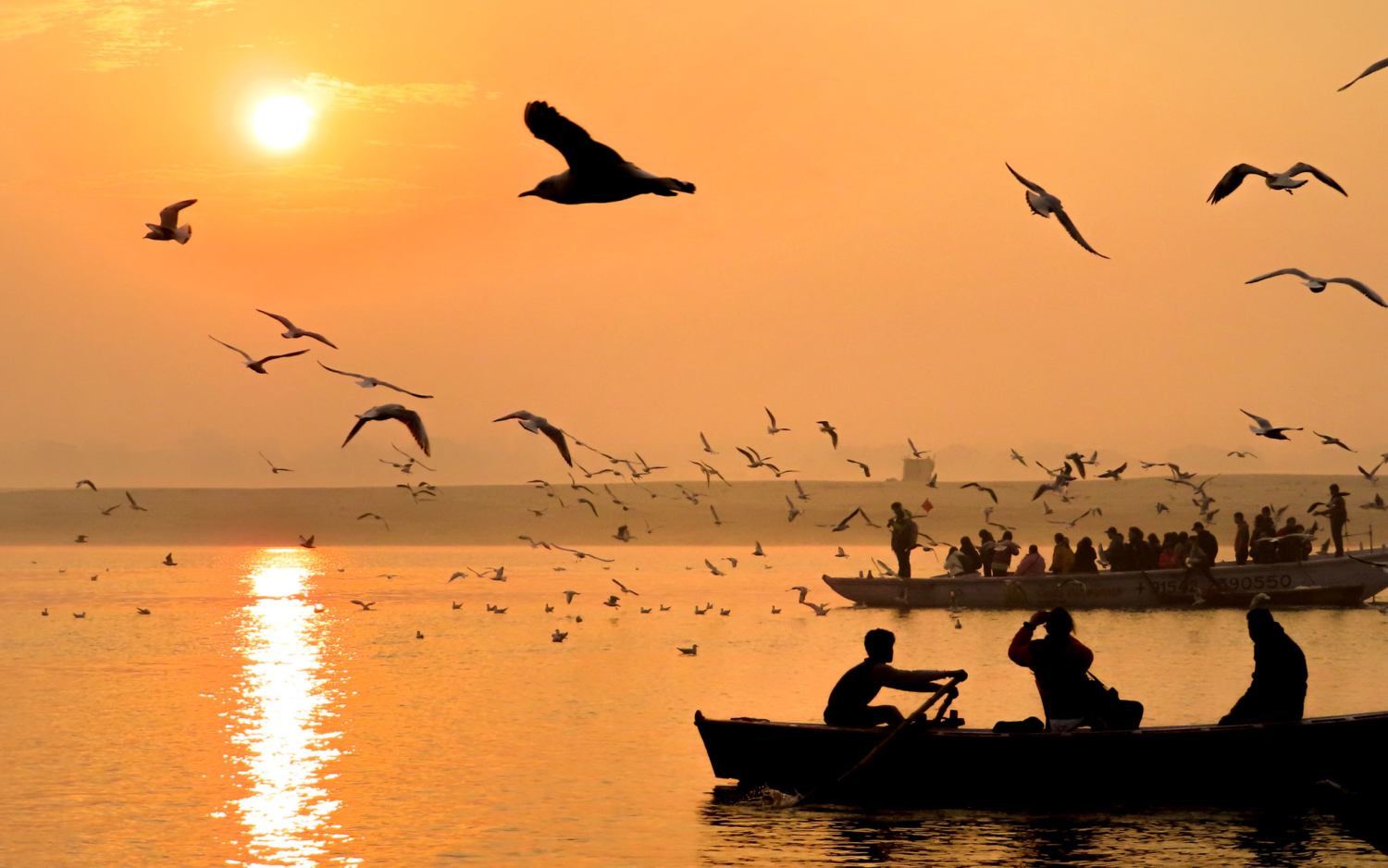 The video was shot, edited and graded by Emiliano. It started as a documentary project, with the idea of collecting footage over a year and many exhibitions to make a short film. But after a couple of events and one interview with the leader of this little group called Marrecs de Salt, he realised he had enough good footage to create a compelling video about the Catalan tradition of “human towers”, to let the viewer feel the adrenaline right in the middle of the action, the tension and excitement, to tell the story of these fearless men and women.

Leanne’s video was inspired by Justin Bieber… (sort of). After seeing a youtube video for one of his songs, Leanne noted that there were several things really wrong with this video. After travelling around Iceland, she witnessed first hand the way tourists were behaving irresponsibly, potentially influenced by Justin Beiber’s irresponsible behaviour in the music video such as rolling in the protected moss (which will take 70+ years to recover,) posing on dangerous out of bounds cliffs and skateboarding along an abandoned plane wreckage which has been preserved for many years. This got Leanne on to discussing wider issues about social media and travel including over tourism. 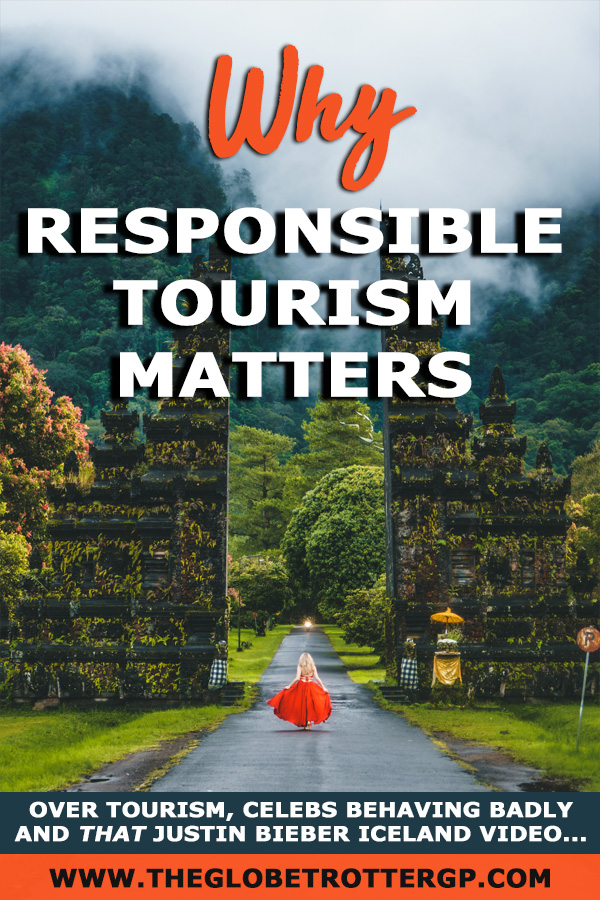 Macca has had an incredible year! His hard work has evidently paid off and over the past year he has shot and produced a 5-part web series for the Telegraph Travel and co-presented a 4-part series for Visit Austria.

Macca also presented a 3-part series for Lonely Planet showcasing some of the best things to do in Abu Dhabi. This series can also be watched on Ethiad’s in-flight entertainment system. He worked on a year-long campaign with KLM (#101ReasonsToTravel) that has generated over 2 million video views across Facebook, Twitter and YouTube. Macca’s worked with a host of other companies such as Mazda, Teletext Holidays, Visit England, Travel Alberta, Visit Germany, Visit the USA, Visit Japan, Rotana Hotels to name a few

You can discover some of Macca’s work here.

Bella has had no training and is entirely self-taught. She has been shortlisted three times for the Wildlife Photographer of the Year Awards, showing what hard work and passion can achieve. You can see her winning entries below:

How to Take Great Photos of Markets

Behind the Scenes On Safari In Tanzanian Safari

Vin discovered the Soldier Cemetery in Brunico, South Tyrol by accident. Visiting it moved him immensely and was an experience that he felt compelled to share as the cemetery is not well known. It took on an even greater importance given the 100-year anniversary of the end of the First World War. 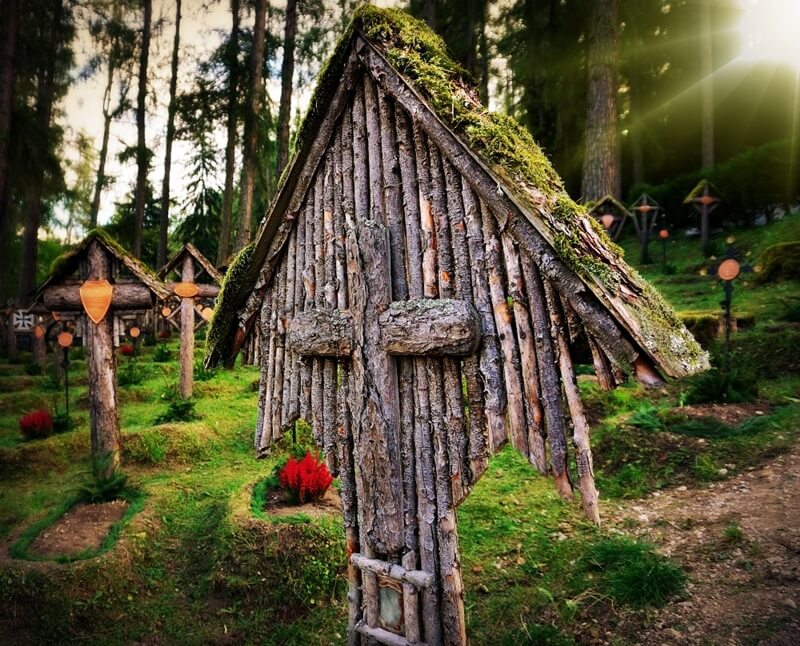 This is what Christopher had to say about his winning entry:

“The Istanbul community ended up rallying around this post and using it to establish an open dialogue that was healthy, and I was proud of that (especially as it related to the expat community). It was shared over 2000 times in the 24 hours after I wrote it, and it resonated deeply with people. The other thing is that writing this was a big risk for me. The government was kicking out journalists all over the place, but I felt that I needed to share what was going on in Istanbul. I was worried about sharing my opinion, but the truth felt more important than anything. I think it’s also intriguing because the overarching opinion and thesis is one of uncertainty. In a sense, the opinion is that I’m human in a place of great turmoil, and I’m torn. The opinion, in a sense, is going to be different based on the eyes and views of the person that reads it and I think that’s unique and combats the notion of the conventional opinion piece.”

Make sure to head over to Salt in our Hair to check out the incredible design and the great UX Experience, as well as their awesome photography and incredible videos! 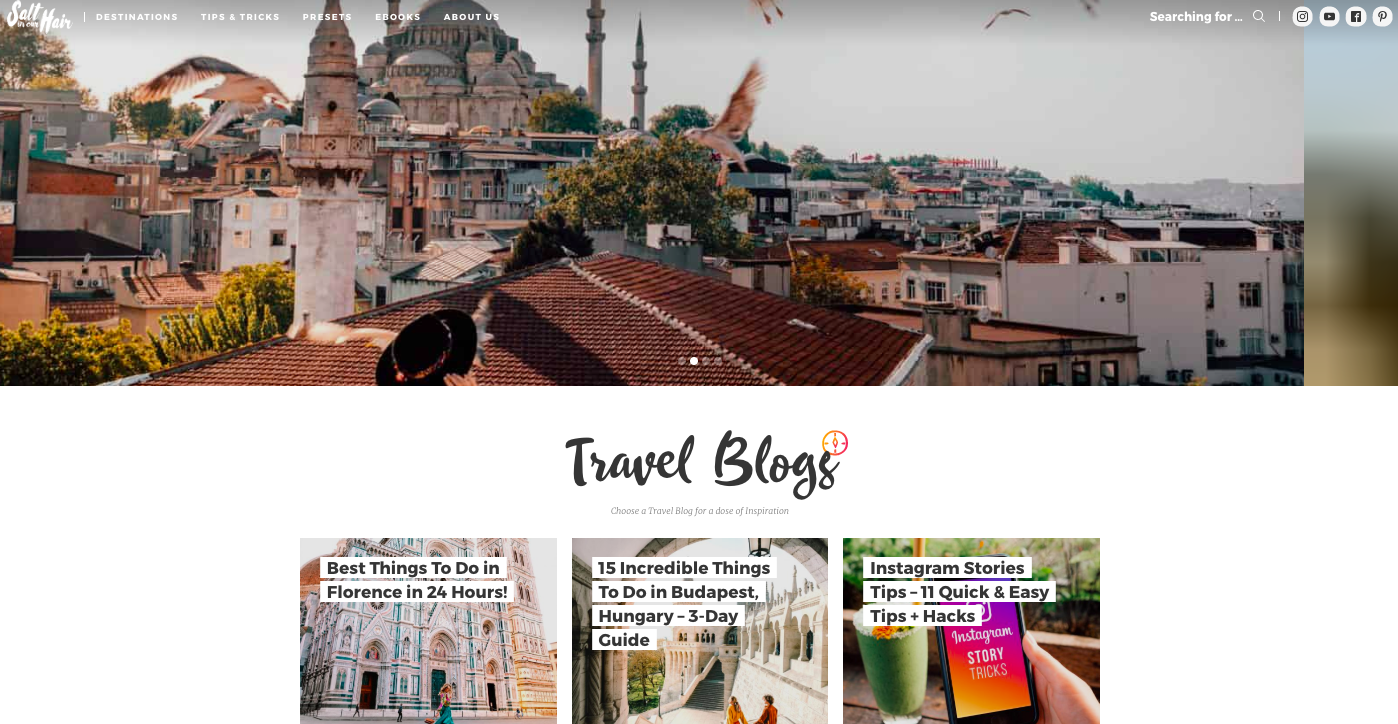 These videos showcase Shu’s love of food and travel combined with cinematic sequences and vlog/presenter-style storytelling. Her mother tongue is Cantonese, and despite being strongest with English, food is the language she finds most comfortable exercising in London, abroad or sat around the family table. Shu hopes to communicate through her vlogs that food is, in fact, the most common language in the world.

Chanel and Stevo’s channel was created to log and track “how far from home” they could travel, after quitting their jobs in March 2015. They began with 0km on the clock, and photographs of them standing at home (in Johannesburg, South Africa) with a chalkboard stating zero on it. Check out their Instagram here. 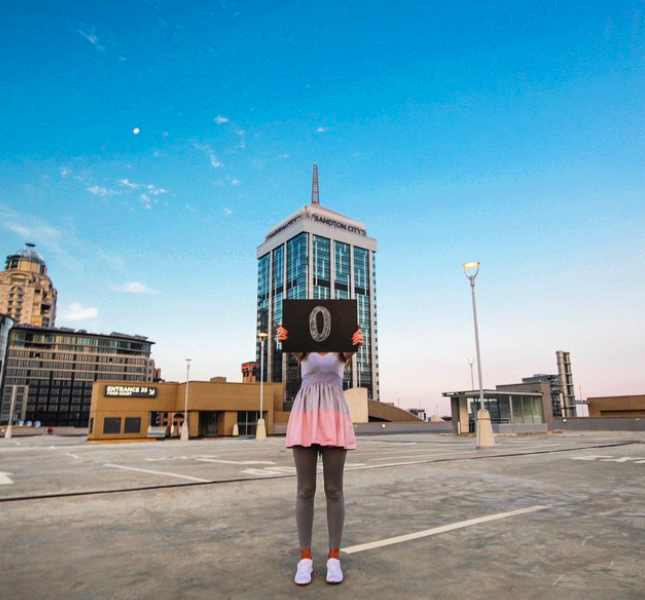 As they travel further, and cover more kilometres, the number on the board increases…

Bobo&Chichi used their style of videography and skill in timelapse photography to showcase the Budapest Card with the Budapest Tourism board. This visual journey through the city of Budapest highlights activities and perks from transportation, tours, attractions, and even local gastronomy experiences you get by using the Budapest card.

We asked every person that submitted an entry to also vote for their brand of the year, and G Adventures were YOUR winners. In case you didn’t already know G Adventures are a small group adventure travel experts and have been going for over 20 years. They work closely with many amazing content creators from around the world on many special campaigns.

Find out more about this incredible brand by heading to their website. 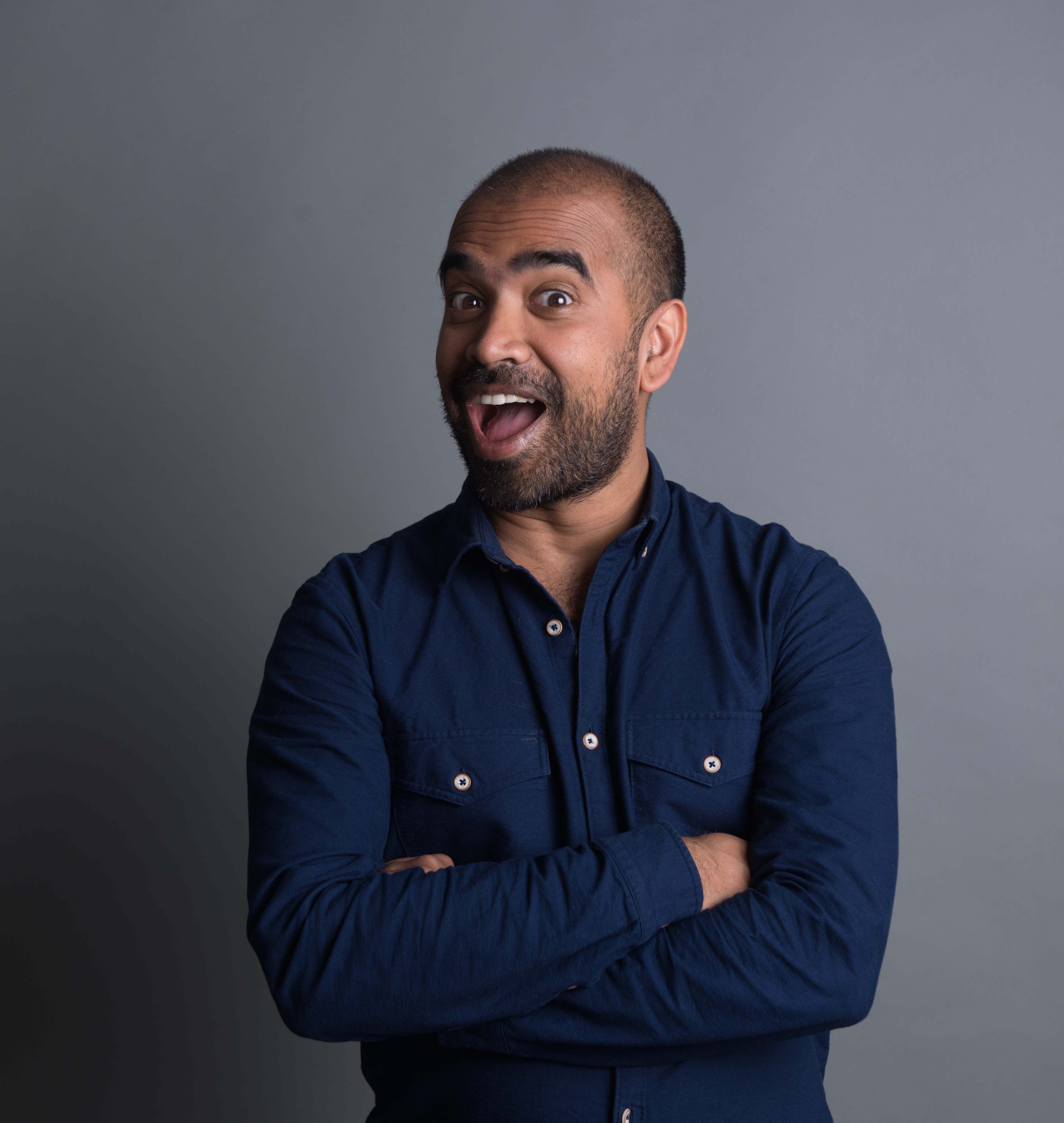 This award was given as a recognition of the hard work and dedication that Kash puts in to make this industry a better and more welcoming place. If you have met Kash already, you will know that he will go out of his way to make you feel at home. Over the past ten years, Kash has championed this industry and the creators that make it. Not forgetting his incredible work with countless brands and destinations, bringing to life projects including MustLoveFestivals.com with Expedia, #BlogVille for Emilia Romagna & #Blogmanay for Visit Scotland, as well as publishing his book ‘The Grand Hostels: Luxury Hostels of the World.’